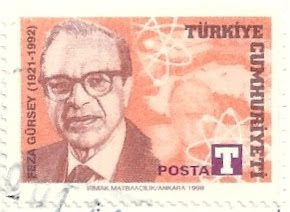 This blog reports on a recent disturbing event that took place at the Feza Gursey Institute in Istanbul. We would like to ask all blog readers and those who are interested in the fate of pure science in Turkey and elsewhere to take action by writing to relevant people whose name appear at the end of this post.
Feza Gursey Institute, Turkey's single theoretical physics and math institute was closed down by TUBITAK, the mother organization to which Feza Gursey Insitute belongs to.
This decision was made by TUBITAK's highest council, named the Scientific Board
on July 9th, was delivered to the Institute on July 11th, and declared that Feza Gursey Institute is going to become a part of the Informatics and Information Safety Center (BILGEM in Turkish)
in Gebze, the main research campus of TUBITAK, by July 15th.

Although it seems that TUBITAK would keep the renowned physicist Feza
Gursey's name for the institute, Institute will be terminated as a
theoretical physics and math institute and will be reinvented as an
applied sciences Institute within Information Safety Center, BILGEM.


We would like to refer you to here for more information about Feza Gursey Institute.

Also, the institute web site offers a wealth of information.


WE would like to ask for your help. Your support in the form of a letter addressed to Turkish Science,
Technology, and Industry Minister, Nihat Ergun,
and TUBITAK's President Prof. Nuket Yetis to reverse the unfortunate
decision to close down (restructure in the words of TUBITAK President)
Feza Gursey Institute would be very valuable to the scientists of Turkey.

You could use the header and the email addresses:

Posted by Masoud Khalkhali at 12:37 PM No comments: