A DRESS FOR THE BEGGAR ? 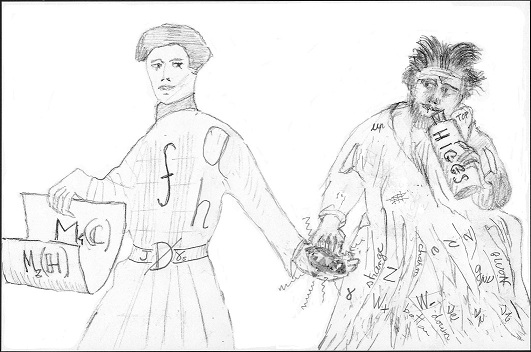 Since 4 years ago I thought that there was an unavoidable incompatibility between the spectral model and experiment. I wrote a post in this blog to explain the problem, on August 4 of 2008, as soon as the Higgs mass of around 170 GeV was excluded by the Tevatron. Now 4 years have passed and we finally know that the Brout-Englert-Higgs particle exists and has a mass of around 125 Gev. In the meantime the problem of this discrepancy in the Higgs mass seemed very hard to resolve and this certainly slowed down quite a bit the interest in the spectral model since there seemed to be no easy way out and whatever one would try would not succeed in lowering the Higgs mass. The reason for this post today is that this incompatibility has now finally been resolved in a fully satisfactory manner in a joint work with my collaborator Ali Chamseddine,  the paper is now on arXiv at http://fr.arxiv.org/pdf/1208.1030

What is truly remarkable is that there is no need to modify the spectral model in any way, it had already the correct ingredients and our mistake was to have neglected the role of a real scalar field which was already present and whose couplings (with the Higgs field in particular) were already computed in 2010 as one can see in http://fr.arxiv.org/pdf/1004.0464
This completely changes the perspective on the spectral model, all the more because the above scalar field has been independently suggested by several groups  as a way for stabilizing the Standard Model in spite of the low experimental Higgs mass. So, after this fruitful interaction with experimental results, it is fair to conclude that there is a real chance that the spectral approach to high energy physics is on the right track for a geometric unification of all known forces including gravity.
A few words about the picture, the metaphor of the Standard Model as a beggar with a diamond in its pocket was suggested by Daniel Kastler a long time ago, so this explains the character on the right. The character on the left wears the symbols of NCG, ingredients of spectral nature which allow one to reconstruct the geometry from gravitational observables such as the spectrum of the Dirac operator, and to write down the action of the Standard Model coupled to gravity.
Posted by AC at 9:56 PM 3 comments: