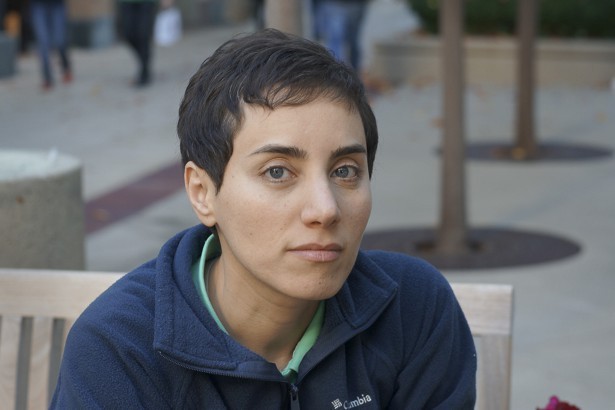 Some twenty five years ago when I was told by one of  her teachers that she is truly brilliant and exceptional I could have not imagined that I will see this terribly sad day. A shining star is turned off far too soon. Heartfelt condolences to her husband, family, and mathematics community worldwide. 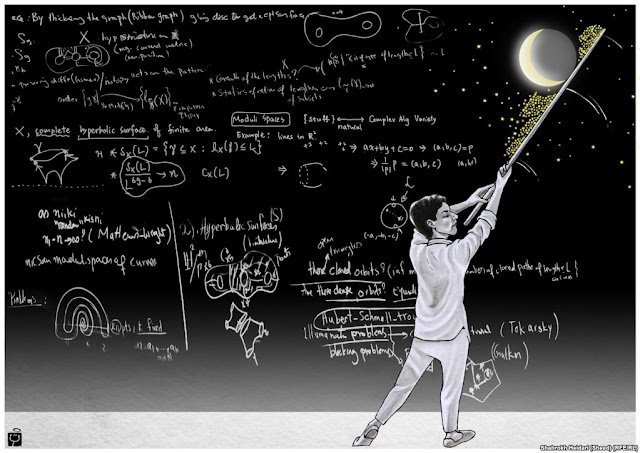 Here is the Stanford University obituary:

Posted by Masoud Khalkhali at 6:05 PM No comments: 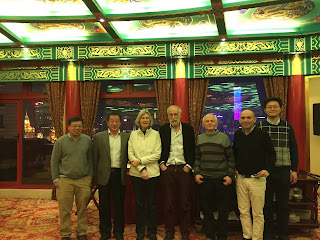 I am happy to report that to  celebrate Alain Connes' 70th birthday, 3 conferences on noncommutative geometry and its interactions with different fields are planned to take place in Shanghai, China. Students, postdocs, young faculty and all those interested in the subject are encouraged to participate. Please check the  Conference webpage for more details. 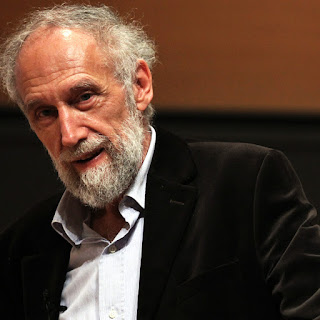 Posted by Masoud Khalkhali at 2:08 PM No comments:

I view blog writing as a great opportunity to reach out to members of the mathematics community and especially the younger members; so in this sense blog writing is, for me, very similar to writing for Math Reviews. I have enjoyed doing both for many years (and many many years for MR!). Recently I wrote a review for MR on the paper ``Twisted characteristic p zeta functions'' written
by Bruno Angles, Tuan Ngo Dac and Floric Ribeiro Tavares (``MR Number: MR3515815''). I am attaching the review here with the permission of Math Reviews. You can find it, in preprint form, here with the original (with live hyperlinks to papers) on the MR site.

The paper being reviewed makes some demands of the reader. But the devoted reader will be rewarded with an early view of a beautiful new world. Those readers familiar with Drinfeld modules know that they exist in incredible profusion: One starts with a smooth projective, geometrically connected curve X over the finite field F_q with q elements. Then one chooses a fixed closed point \infty of X and defines the algebra A to be the Dedekind domain of functions regular away from \infty; so A plays the role of the integers Z in the Drinfeld theory. One instance of such an A is, of course, the ring F_q[\theta] which is, like Z, Euclidean, and indeed most of the work done so far
is concentrated on this particular A as it is both easy to work with and very similar to classical arithmetic. However, ultimately, the theory should work for general A just as the theory of Drinfeld modules (and generalizations) does. As general A is very far from factorial, one can imagine that many interesting issues arise (and the paper being reviewed discusses them from an axiomatic viewpoint).

Of course, the theory of the zeta function is intimately connected with the theory of the Gamma function and so one should also expect analogs of Gamma functions to appear in the characteristic p theory with the correct one being given decades ago by Greg Anderson and Dinesh Thakur in the polynomial case. Their function appears firstly as an element of the Tate algebra of functions in t converging on the closed unit disc. One fascinating aspect of the paper being reviewed is that this Tate algebra is replaced by Tate algebras created out of the general rings A (and so lie inside curves of
higher genus as opposed to the affine line). This is the beautiful new world I mentioned above…..

Posted by Unknown at 9:47 PM No comments: